Known for its sun kissed beaches and clear azure waters, the Caribbean is the perfect place to enjoy a thrilling array of water activities. Staying at Turks and Caicos luxury resorts such as Parrot Cay Turks & Caicos gives you plenty of opportunities to take part in many of these water sports. This Turks and Caicos beach resort can be found on a private island and offers everything from kayaking to snorkelling.

When it comes to water activities, the Caribbean spoils visitors for choice providing many recreational options that can be enjoyed by young and old alike. Snorkelling is an activity that can be tried by the entire family and gives one the chance to explore the fascinating world beneath the waves which is home to colourful coral and marine life. For more in-depth exploration you can also try scuba diving. Adrenaline junkies also have much to look forward to in the Caribbean; windsurfing, waterskiing, surfing and parasailing are among the many water sports on offer, making for an action packed day out. For more laidback thrills one can take part in kayaking, paddle boarding, yachting and catamaran sailing. It is safe to say, there is never a dull moment in the Caribbean!

Dubbed the Coral Gardens of the Caribbean, Bight Reef is an atypical snorkeling Mecca in Turks & Caicos. Easily accessible from the beach, this engaging diving space has been revered as the most popular and congested diving site in the Providenciales area for decades. Frequented by novice snorkelers and expert divers alike this breathtaking underwater wonderland is a must-see highlight for all marine life enthusiasts vacationing in Turks & Caicos. 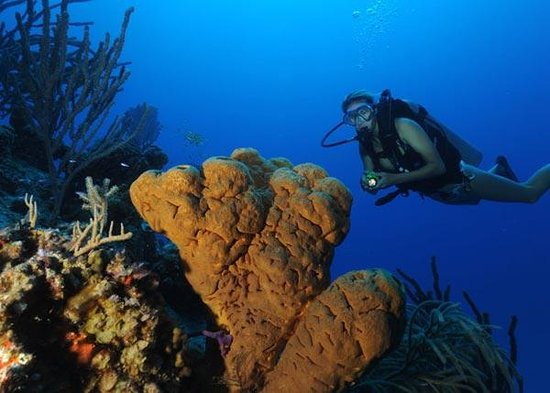 Spreading 350 feet outwards from the beach to a deeper seabed, Bight Reef is made up of one cohesive coral reef unlike the nearby Smith’s Reef, which is a network of coral reefs collectively identified by a singular name. Accessible from not one but two beaches, the reef is well-known as an oceanic organism containing hundreds of sea creatures. Docile marine animals such as school of reef fish also occupy the reef, while those who are hoping to spot the true icons of the sea will also not be disappointed exploring what lies beneath Bight Reef. Divers can in fact hope to come face-to-face with barracudas, Lion Fish, and stingrays, while lobsters and turtles also call this underwater garden home.

Swimmers can also enjoy the enclosed swimming zone cordoned off by rope around the reef where speed boats are not allowed and indulge in a snorkeling expedition in an area far removed from the boats crisscrossing the area. As a protected site within the Princess Alexandra National Park, Bight Reef is a safe snorkeling and diving area for beginners as strong currents and dangerous tides are a rarity. However, snorkelling vests are available for those who wish to take precautionary measures against challenging wind conditions. Divers are also advised to leave the reef as they found it and avoid picking up lobsters or conch shells as souvenirs as the practice is strictly prohibited. Every effort should also be made to explore the captivating coral garden without disrupting or destroying its integrity as corals are living organisms and brushing against elements within the seabed can cause irreparable damage and harm the marine creatures inhabiting its confines.

Travellers in search of Turks and Caicos luxury resorts with easy access to prime divine venues should consider the charming option courtesy of the Parrot Cay Turks & Caicos. Offering guests the best in modern comforts on a picturesque beachside location, this breathtaking Turks and Caicos beach resort pulls out all the stops when it comes to vacationing in paradise.

Angela Fernando is an impassioned travel writer who composes pieces under the pen name Sumaira Narayan. She loves writing about new and exciting places around the world and hopes to visit them all someday.

Known as one of the best places to spend a fishing holiday, Caribbean is home to various marine creatures and rich underwater life. Caribbean boasts of some of the deepest waters, especially the St Lucia area and it allows the fishing enthusiasts all –year round to fish varied species. It is equally important to find a comfortable Turks and Caicos beach resort to go back to after an exhausting fishing expedition in the area. Parrot Cay Turks & Caicos is one of the top Turks and Caicos luxury resorts popular among most of the travellers who are visiting the area for fishing. Some of the often caught fish species are Blue Marlin, Sailfish, Tuna, King mackerel, rainbow Runners and Barracuda. Most of the deep-sea fishing tours include meals, fishing gear, drinking water and other essentials. Deep fishing in the Caribbean is a memorable journey regardless you catch what you were expecting or not.

While surfing and water skiing offer plenty of adrenaline pumping thrills, those in search for more laidback water sports fun when in the Caribbean can try the increasingly popular activity known as paddle boarding. If you are in search of Turks and Caicos luxury resorts that let you take part in such recreational pursuits, consider Parrot Cay Turks & Caicos. This distinctive Turks and Caicos beach resort is well placed to let you explore the waters surrounding the islands along with local wetlands. 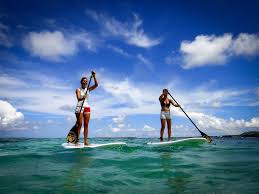 Paddle boarding combines kayaking and surfing to provide a relaxed day out on the water. Participants stand on something similar to a long surfboard and use a special paddle in which to propel themselves to where they want to go. It is an activity that is best experienced on calm waters and is a perfect way to explore the Caribbean without disturbing the marine life. Offering a fun workout as well, paddle boarding lets you enjoy the freedom of the sea and the feeling of adventure that surrounds you.